Was Chris Matthews Mainly Guilty of Opining While Old, White, Male, and “Unwoke”?

Chris Matthews’ “real sin, of course, was being old and unfashionable,” remarked Fox News host Tucker Carlson yesterday. If Carlson had added “white” and “male,” his statement could have been complete — but unfashionable itself.

MSNBC personality Matthews stunned all and sundry Monday evening when he announced on air (video below) his retirement from the network and his show Hardball, which he’d hosted for 25 years. He then left the studio during a commercial break, and fellow MSNBC journalist Steve Kornacki filled in for the remainder of the Hardball episode. 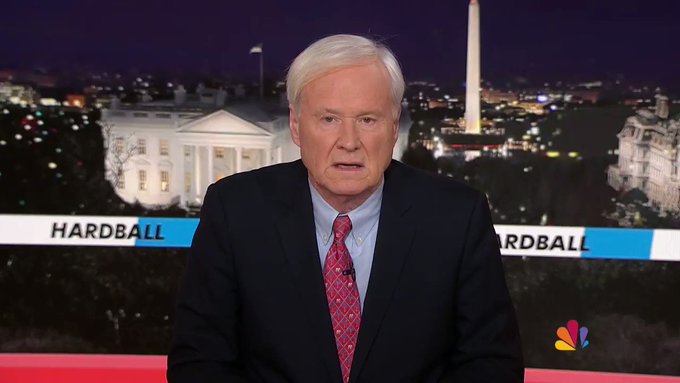 8,006 people are talking about this

And here’s a stunned Kornacki taking the reins:

And here’s the shot when the commercial break ended and the camera cut to a stunned Steve Kornacki, who was obviously not prepared for Chris Matthews’ announcement, nor to fill in the hour of airtime when #Hardball would usually run. 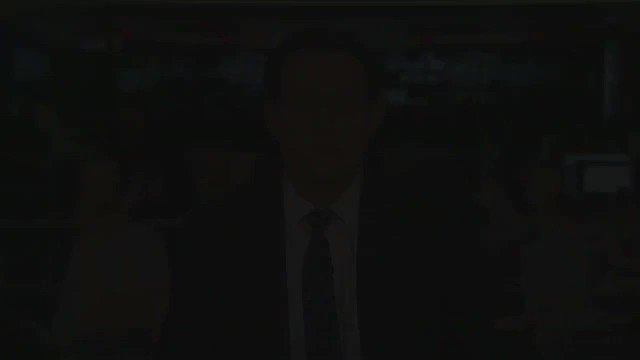 1,770 people are talking about this

Yet while Matthews’ departure was shocking, it wasn’t unexplainable. His “surprise announcement came on the heels of a rough 10 days in which the 74-year-old host confused two prominent black politicians from different parties, apologized for comparing the Bernie Sanders campaign to the Nazi march on France, and was accused of making inappropriate comments to a former guest,” reported the Philadelphia Inquirer. My, it’s surprising they’re not seeking the death penalty.

If it sounds to you like MSNBC just wanted Matthews gone, you’re not alone. The aforementioned Carlson, for example, scoffed at the obvious double standard. “I’ve known Chris Matthews very well since 1995 when I started appearing on his show regularly,” he said on his Monday night program. “He’s everything you think he is. Groveling, in the end, couldn’t save him. It never does. I would say his real sin, of course, was being old and unfashionable; that’s why they’re making him leave.”

“Why is Joy Reid still on the air, who lied and got the FBI implicated in her lie? Or Noah Oppenheim, the buddy of Harvey Weinstein? Or Andy Lack? Or Joe Scarborough, who still works there?” Carlson went on to say, buttressing his case. “Really? Amazing! So it would be worth asking what exactly is the standard we’re applying here that forced Chris Matthews — I’m not a fan, but just being honest — that forced Chris Matthews off the air” (video below).

The Left’s reaction to Matthews is precisely what you’d expect from people who simply don’t like an individual and want him erased. It’s as when a woman starts detesting her husband and desires separation. Everything he does — how he chews his food, combs his hair, etc. — actions she’d find cute in a man she was smitten with, is a damning indictment.

Like Carlson, I’m no fan of Matthews, and he likely wouldn’t give me the time of day. Yet the destruction of no man is a cause great enough to warrant destruction of knowledge of Truth. Let’s examine the truth here.

Matthews’ “Nazi” analogy was in reaction to Senator Bernie Sanders’ resounding Nevada caucus win. But he didn’t liken the socialist or his supporters to Nazis; rather, his obvious point was that the victory was so complete and shocking, with Sanders routing the Democrat field, that it was like the WWII fall of France. His comments are below (relevant portion at 1:05).

Of course, it’s absolutely true that the young “woke” crowd that objected never would have drawn the analogy. It’s unlikely they’d even know the history Matthews referenced, and then there’s this: The host expressed that he’d been reading about France’s fall the night before in a book. A book. ‘Nough said.

Next we have Matthews’ confusing of Democrat Jaime Harrison, who’s running against Senator Lindsey Graham (R-N.C.), with GOP senator Tim Scott of Florida (video below).

Because both Harrison and Scott are black, this is supposed to be some unforgiveable trespass. Of course, since they also both have shaved heads, I would have said, “I confess! Mercy! I think all bald men look alike!”

Then there are the allegations of improper sexual comments, accusations leveled mainly, it seems, by GQ columnist Laura Bassett. Yet reading Bassett’s late February indictment of Matthews says as much about her as it does him.

First let me say that flirtatious comments (which Matthews clearly made) from a married man (which he is) are always wrong. It’s also clear that Matthews engaged in lamentably common juvenile habits, such as rating female guests’ attractiveness among his colleagues.

Yet Bassett admits in her piece that she’s pretty sure Matthews’s “behavior doesn’t rise to the level of illegal sexual harassment,” and the case she makes is pretty thin.

She devotes much ink to complaining about how Matthews grilled Senator Elizabeth Warren (D-Mass.) over her repeating of an allegation that fellow presidential contender Michael Bloomberg once told a female underling to “kill” her unborn baby. While I believe Bloomberg made the disgusting comment, Bassett’s condemning of Matthews for pressing Warren is comical. Not only is that a journalist’s job, but Warren is an inveterate liar whose every utterance has been made suspect by her own prevarication.

Bassett then condemns Matthews for “remarking in 2011 that there’s ‘something electric’ and ‘very attractive’ about the way former vice presidential candidate Sarah Palin walks and moves, and noting in 2017 that acting attorney general Sally Yates is ‘attractive, obviously.’” Has she forgotten that this is the man who also said that listening to Barack Obama gave him a “thrill” up his leg?

Moreover, having written an article entitled “That Presidential Look,” I’ll say that a commentator who doesn’t understand the significance of public figures’ appearance in our shallow, image-is-everything world is wholly unqualified.

Bassett later relates her own experience with Matthews. “In 2016, right before I had to go on his show and talk about sexual-assault allegations against Donald Trump, Matthews looked over at me in the makeup chair next to him and said, ‘Why haven’t I fallen in love with you yet?’” she writes.

“When I laughed nervously and said nothing, he followed up to the makeup artist. ‘Keep putting makeup on her, I’ll fall in love with her.’”

Again, while this is inappropriate from a married man and unprofessional regardless, I can’t say I’d be beside myself if a woman said that to me. Yet while Bassett’s point is that Matthews diminished women, what about her claim: His behavior “undermined my ability to do my job well”’? Could it be that portraying working women as this fragile undermines them far more?

To be clear, I consider Matthews to be like most liberals: pseudo-intellectual and relatively immature. But condemnation of him coming from the set that coddled sex offenders Harvey Weinstein and Jeffrey Epstein is a little much.

At the end of the day, Matthews’ real sin was being an “unwoke,” old white guy who had the temerity to criticize socialism as in the recent video below:

He mentioned above that if the socialists had won the Cold War, he “might have been one of the ones getting executed.” But in a way they did win, which is not only why Matthews had a long journalistic career in the first place, but also is why he’s now gone.

O’Donnell Retracts Loan Claim on Trump, Admits He Didn’t Bother to Verify It

Why Coronavirus Might Not Hit the U.S. as Hard as China: Hygiene – VIDEO