The Regret of a Traitor (Part 2)

Years later, the relationship between the Han Dynasty and Xiongnu improved. Su Wu was allowed to return to China and Li Ling went to see him off. During the farewell, the two good friends feasted and Li Ling sang and danced. It was the same set up as the last time when Li Ling first visited Su in the North Sea where Su was held in captivity by the Xiongnu, but this time, Li Ling was bidding farewell to Su, who would be returning to their homeland.

“Now you have become famous in Xiongnu and a hero in Han. You will be recorded in history books as a hero that is more significant than the heroes depicted by the painters! If the court of Han did not punish me, I also hoped to capture Chanyu, the ruler of Xiongnu, to redeem my crime, but the Emperor of Han has severely punished me and my entire clan.

I have nothing left in Han that I care about. I am telling you these things to let you know my true feelings. From now on, we are parting ways serving different states and this will be the last time we see each other.”

One false step can cause a lifelong regret!  Li Ling at this point was in a situation between a rock and a hard place. No words could describe his complicated feelings. He rolled up his sleeves and began to dance and sing;

As General, I led the fight with the Xiongnu;

Our arrows depleted and knives broken backing us to a corner;

My armies were wiped out and my reputation went down the drain;

My mother is dead and there is no way I could repay.

Song Yu, an ancient Chinese poet once said: “A song is to convey one’s feelings in words and dance is to convey one’s meaning in movements.” Dancing is the best way to reveal one’s true feelings. Li Ling’s dance displayed his experiences from the day he joined the army until today and expressed his deep regret for the decision he made. Two good friends — one was a traitor to his country and the other was a faithful servant of his country. The stark contrast between the two has now been engraved in history forever. 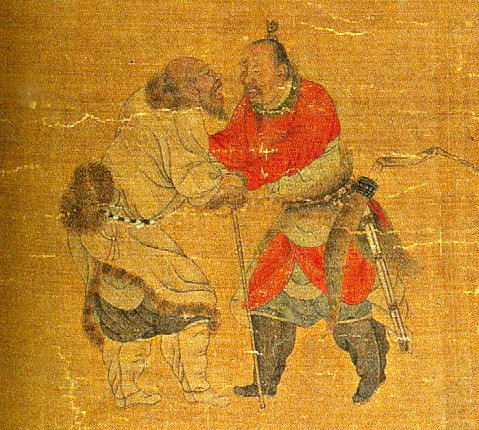 After Su returned to China, Emperor Zhao of Han rewarded him with an abundance of gifts and land, and appointed him as the official in charge of minority states. Su continued to live a simple life and gave away most of his wealth.

Su Wu died at the age of 83. Su Wu’s story of devotion and loyalty to his homeland, despite his hardships in captivity, has been passed down for generations for the Chinese people to look up to.

Translated by Chua BC end edited by Angela

Review of “For a New Liberalism”

Biden Maintains RCP Lead Over Warren, But She Leads in N.H., Iowa Polls

Confucius Classrooms Being Banned in Australia