The media have been throwing shade on the Sunshine State’s COVID-19 mitigation efforts, but Governor Ron DeSantis will have none of it. Fielding reporters’ questions at President Trump’s side at the White House Tuesday, DeSantis defended his Wuhan Flu approach, pointing out that Florida is doing far better than “locked down” states with draconian policies.

Responding to a question about his having been criticized for weeks for not implementing a total shutdown, DeSantis understandably became passionate, asking rhetorically, “What have the results been?”

“You look at some of the most draconian orders that have been issued in some of these states and compare Florida in terms of our hospitalizations per 100,000, in terms of our fatalities per 100,000,” the governor continued. “I mean, you go from D.C., Maryland, New Jersey, New York, Connecticut, Massachusetts, Michigan, Indiana, Ohio, Illinois, you name it. Florida has done better.”

DeSantis is largely correct. As the state coronavirus map here shows (scroll down to “Deaths per Capita” on the right-hand side), Florida does have a lower mortality rate than the states he cited. The “you name it,” though, is a different story. More on that momentarily.

(Note: It must also be considered that many if not most states are allegedly exaggerating their Wuhan virus death numbers.)

While DeSantis noted that he wasn’t impugning the states he cited, he emphasized how doom-and-gloom predictions that Florida would become New York South never materialized.

“And that has not happened because we understood we have a big, diverse state, we understood the outbreak was not uniform throughout the state,” he explained, “and we had a tailored and measured approach that not only helped our numbers be way below what anyone predicted but also did less damage to our state going forward.”

This lies in stark contrast with most states, which have applied an irrational one-size-fits-all policy, constraining largely unaffected rural areas with the same restrictions shackling big-city virus hot spots. For example, by my count, 17 hinterland Illinois counties currently have zero to two Wuhan Flu cases each, and literally dozens of counties have no deaths. Yet they’re as locked down as Chicago, which has 851 deaths.

As for DeSantis, he has lifted bans on going to the beaches and stated Tuesday that he may eliminate other restrictions as well.

“We’ve had people in the hospital, but I am now in a situation where I have less than 500 people at a state of 22 million on ventilators as of last night,” he related, illustrating his state’s triumphs. “And I have 6,500 ventilators that are sitting idle, unused throughout the state of Florida” (video below. Relevant portion begins at 8:57.

DeSantis also exhibited some common sense when saying “that part of Florida’s response was to conduct contact tracing early on and focusing on specific areas to reduce the spread of the virus,” as Fox News summarizes it. “He said that as the state moves forward on the road to recovery, he will continue to focus on at-risk populations.”

Yet while the latter certainly accords with good epidemiological science, DeSantis still deserves some criticism. After all, he did yield to the fear mongers and institute a partial lockdown. Apropos to this, a recent study has shown that there’s no evidence at all lockdowns save lives.

In fact, even the World Health Organization, WHO — which too often doesn’t know what, where, when, why, or how — seems to be moving away from the lockdown philosophy. While it once advocated the tyrannical Chinese virus mitigation “model,” it now has praised Sweden’s more freedom-oriented approach (better late than never, I guess).

As for DeSantis’s “you name it” claim, interestingly, his state isn’t doing quite as well in deaths per capita as California; in fact, despite its large cities, high population, rampant vagrancy, and other manifold social ills, the Golden State remains an outlier.

This raises a question: Is the Wuhan Flu seasonal? Recent findings indicate, after all, that sunlight and higher temperatures and humidity degrade the virus, and Florida is a hot, sunny, humid state; California is also sunny and relatively warm in its most heavily populated areas. In contrast, most every state DeSantis correctly cited (third paragraph) as a virus hotspot is in the Snow Belt.

This said, when briefly analyzing the data I wasn’t able to detect a clear correlation to support this thesis. Some serious research that accounted for other variables would shed some light on the matter.

What can now be confidently said is that — when considering the economic destruction and its secondary effects (disease, death) and the dangerous precedents set — lockdowns are assuredly a cure worse than the disease. As to the precedent, the two-minute PragerU video below is a must-watch. 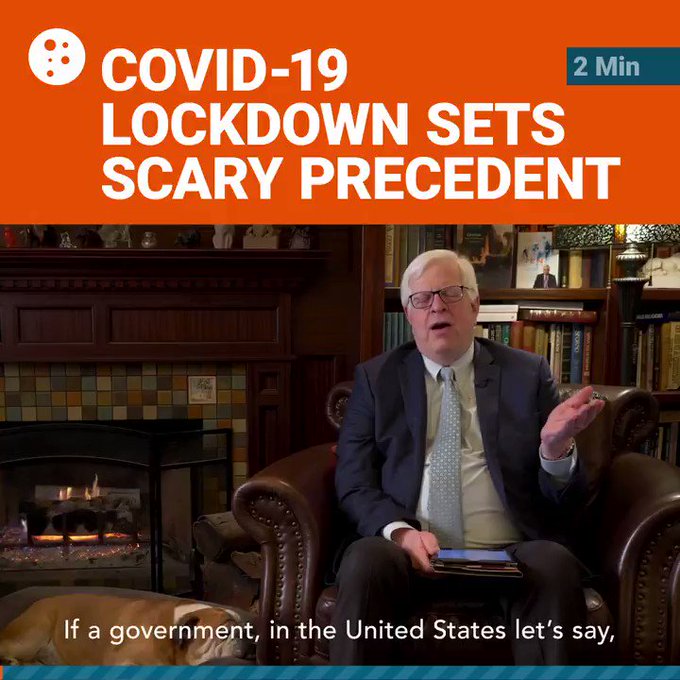 151 people are talking about this

Moreover, something is forgotten: The initial premise underlying the lockdown strategy was not to save lives; generally acknowledged was that the death would just be spread out over a longer period of time (“flattening the curve”) so that the healthcare system wouldn’t be overwhelmed.

But this didn’t happen, and even the computer models factoring in mitigation efforts greatly exaggerated the hospitalization rate. In other words, the lockdowns’ raison d’être disappeared — but the lockdowns didn’t.

For this, the guilty governors deserve not praise, but condemnation.

We Can’t Make it on Our Own